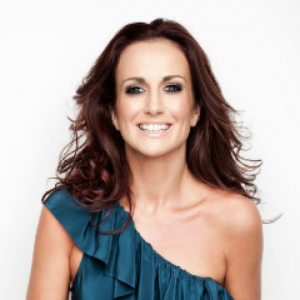 Lorraine Keane is an IFTA-nominated broadcaster and journalist. Best known for her work over more than a decade as entertainment correspondent for TV3, she stepped down as anchor for Ireland’s most popular fashion and celebrity lifestyle show Xpose, after two years at the helm. 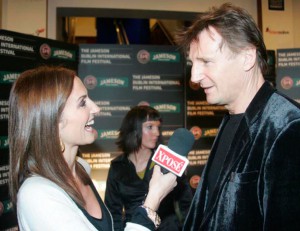 As entertainment correspondent for TV3, Lorraine conducted interviews and reported from the most high proﬁle entertainment events around the world including The Oscars, MTV Awards, The BAFTA’s and the Cannes Film Festival.  She has also covered The Oscars for Sky TV.  ‘Access All Areas with Lorraine Keane’, aired for 3 months on UTV Ireland, before its subsequent sale. See links below. See her latest interview with Josh Groban here. 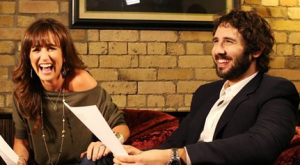 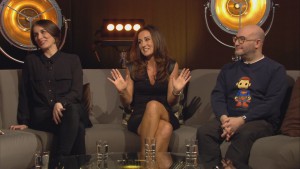 In 2018 Lorraine founded Fashion Relief a fundraising initiative with Oxfam Ireland. Fashion Relief raised over 300,000 euro in the first two years.  In 2020 when all events were cancelled due to Covid Lorraine designed and developed Fashion Relief TV with Irish Tech Firm Axonista which brought the events on line in a Fashion TV Show/Shopping Channel (filmed in Keane’s home) which continues to raise money for Oxfam Ireland.  The Shoppable TV Show won The TV of Tomorrow Award for “Innovation in the Corona Virus Era’ for Axonista.

During Lockdown Lorraine developed her first product The Magic Hairbrush with Irish hairdresser Matt Malone.  The unique Detangler sold out in two weeks.  Lorraine and Matt hope to launch in the UK in 2021.

Never one to shy away from a challenge or new experience, Lorraine made her acting/singing debut in 2012 with “Girl’s Night, The Musical” produced by Robert C Kelly. The show ﬁnished a hugely successful four-month Irish run with a two-week sell-out in Dublin’s Gaiety Theatre.
Lorraine was nominated for Television Personality of Year at the Irish Film and Television Awards.
She was voted Entertainment Person Of The Year (Irish Tatler Awards), Most Stylish Female Of The Year (VIP Style Awards) and Celebrity Mum Of The Year (Woman’s Way). 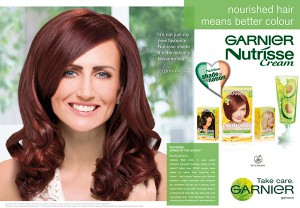 In 2010 Lorraine was announced as Garnier International’s ﬁrst Irish spokesperson, following on from such high proﬁle names Davina Mc Caul in the UK and Sarah Jessica Parker and Bar Refaeli in the USA. She is Brand Ambassador for Dylan Bradshaw.

In 2013 Lorraine became an Ambassador for Renault Ireland. In the same year she fronted a campaign called “Let’s Talk Menopause’ on behalf of  natural health supplement Cleanmarine Menomin, the first of its kind in Ireland.  Together with a number of experts, including Dr. Mary Ryan, Endocrinologist, she has toured the country giving talks and offering help on the subject.  Lorraine continues to work with Cleanmarine. When movements were restricted in 2020 she recorded her first series of Podcasts with Dr. Mary Ryan amongst others.

Lorraine is also an Ambassador with Make A Wish Foundation, Crumlin Children’s Hospital, Breast Cancer Ireland and Oxfam.
Lorraine has travelled to Zimbabwe, Mozambique, Haiti, Guatemala, the Philippines, Bangladesh, Ethiopia, Somalia, Tanzania with the charities Trocaire, World Vision and Oxfam. As part of her volunteer work with various Irish NGO’s she produced and presented a documentary for RTE television. Her documentary in Africa was broadcast on one of RTE 1’s highest rating shows “Nationwide”. The show attracted over 500,000 viewers. 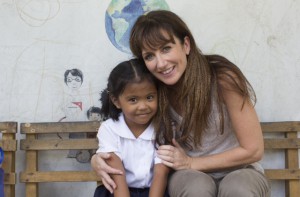 She signed a book deal with Blackwater Press – her debut was published in 2011, entitled “Working the Red Carpet”. She has had weekly columns in VIP, Ireland On Sunday, Sunday World and The Mail On Sunday and published articles in Life Magazine with The Sunday Independent, VIP Magazine, You Mag with The Mail On Sunday, RSVP Magazine and various other publications.
Lorraine is from Dublin and joined the TV3 News team from her position as Manager & Public Relations for AA Roadwatch, where she had worked for the previous seven years, broadcasting live on RTE Radio 1 and 2FM every day. During that time Lorraine also presented various independent television productions for RTE, including Live at 3, Start Me Up, Drive and RPM Motorsport, among others. 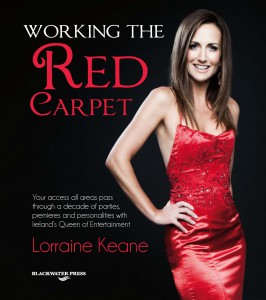 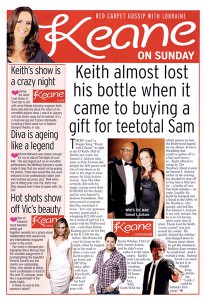 Lorraine studied Broadcasting and Journalism at Ballyfermot Senior College and holds a City & Guilds in Public Administration and Current Affairs and H Dip in Public Relations from The Public Relations Institute of Ireland. She has also writes for various magazines and newspapers.

As an experienced “Master of Ceremonies” she is a regular host of high profile events/awards ceremonies across the country. These have included The TV Now Awards in 2008 and 2009, introducing Prince Charles on his first visit to Dublin and welcoming President Bill Clinton, during his term in office, at an Irish-American Ceremony in New York. She was selected to meet HRH Queen Elizabeth on her first visit to Ireland in 2012. Lorraine also hosted the annual ‘Ultimate Girls Day Out’ events in Dublin and Cork for 8 years and acts as MC and judge at the annual Ladies Day competitions across the country including the Dublin Horseshow and the Galway Races. 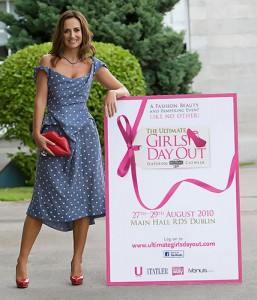